In the inaugural edition of this publication, we addressed various rules that set boundaries on what is permissible damages evidence. The focus in that publication was to survey the codified rules and common law principles underpinning the analysis and presentation of damages. In this, the second edition, we expand on that analysis with recent changes to the rules, and the authors also summarise noteworthy cases from the various jurisdictions. 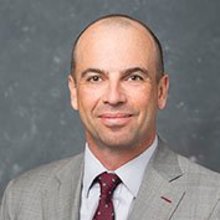 Errol Soriano FCPA FCA FCBV CFF CFE is a Managing Director at Duff & Phelps’ disputes and investigations practice in Toronto. Since 1991, Errol's practice has been dedicated exclusively to the areas of business valuation, the quantification of financial loss and forensic investigation.

Errol has prepared in the range of 1,000 expert reports over his career in complex litigation matters involving patent infringement, international trade disputes (NAFTA and bilateral investment treaties), shareholder disputes, breach of contract, breach of fiduciary duty, post-acquisition disputes, product liability claims, negligence claims, fraud and misrepresentation claims and insurance claims.Errol has testified as an expert witness over 50 times in various judicial and quasi-judicial forums. He has also acted as a court appointed Inspector.

Errol has lectured extensively to professional interest groups in Canada, the United States, Europe and the Middle East.