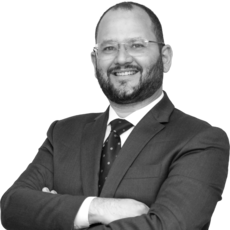 Works in Infrastructure and Energy and Project Financing practices, with a focus on Corporate Public Law. As a lawyer specialized in Administrative Law, he is dedicated to advising clients in structuring public concessions, Public-Private Partnerships (PPP's), procedure of expression of interest (PMI's), public tenders and auctions, administrative processes in regulatory agencies and in cases involving the performance of courts of accounts, including the Federal Court of Accounts (TCU). Represents construction companies, infrastructure investment funds, public works and services concessionaires and companies in the transportation, logistics, highway, railroad, port and airport modes, sanitation, metallurgy and mining, basic industry and the asset management segment. He is a professor in the Department of General Theory of Law at the Pontifical Catholic University (PUC-SP), member of the Deliberative Council of the Brazilian Institute of Administrative Law (IDAP), of the São Paulo Institute of Administrative Law (IDAP) and of the Brazilian Institute of Legal Studies of Infrastructure (IBEJI). 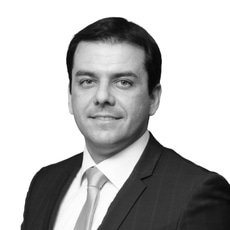 Thiago’s pratice focuses on Public Law, Technology and Anti-corruption, and in particular on public procurement contracts, bids, transnational investigations and cases handled by public authorities and regulators. Based on his experience as State Attorney, he advice clients in cases related to state-owned companies, administrative sanctioning procedures, concessions, bids and administrative contracts in general. He served as State Attorney of São Paulo before the Federal Supreme Court (STF) and Superior Court of Justice (STJ), and as a clerk at the STJ. He is currently a professor at the University of Brasília (UnB), member of the International Association of Privacy Professionals (IAPP) and the International Committee of Digital Economy of the International Chamber of Commerce (ICC). It is certified by the International Association of Privacy Professionals with CIPP/Europe.

Mr Raul’s experience focuses on matters related to infrastructure projects, concessions, public-private partnerships, public biddings and the Federal Court of Audits. He has an in-depth expertise in railroad, toll road and public lighting projects, as well as in the participation in bidding procedures, public law proceedings and inquiries before regulatory agencies and other government authorities.