The pharmaceutical business is truly one of the most global industries, with many companies operating in dozens of countries with differing legal regimes and healthcare systems. In certain respects, the rules governing industry activities have largely become harmonised. However, in other areas the legal frameworks differ. Our objective in framing this volume is to give practitioners in the field a one-volume introduction to critical issues in an array of jurisdictions. 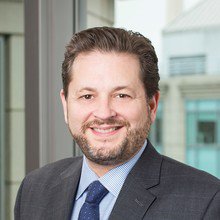 Dan Kracov is co-chair of the Life Sciences and Healthcare Regulatory practice, which was recently named the top Healthcare practice in the country by Law360. For decades, he has been one of the foremost Food and Drug Administration lawyers in the country, and his expertise in critical regulatory matters has been widely recognized by Chambers, the Legal Times, Best Lawyers in America, and other publications. A particular focus of his practice is assisting pharmaceutical, biotechnology, medical device and diagnostic companies, including start-up companies, trade associations, and large manufacturers, negotiate challenges relating to the development, approval and marketing of FDA-regulated products. He also has extensive experience in matters relating to foods, dietary supplements and cosmetics.